"Tetra manages to strike the right note of respect and liberating irreverence to make these cultural treasures creatively vibrant."
Norrbottenskuriren

"Lots of soaring harmonies, joie de vivre and earthy rhythms, all as tight as can be. There’s storytelling too, like in the song about the Haitian love goddess, where nature adorns itself with shimmering dew drops to please her."
Camilla Dal, Gefle Dagblad 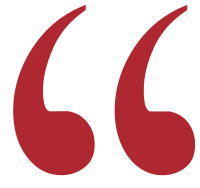 Review of the record Viv Tolerans
"The Swedish based vocal groups Tetra consists out of four female singers with roots into folk and world music. Together with a fine selection of guest musicians they recorded this fine collection of international songs. All four have a background in different traditional styles like Scandinavian, Greek, Haitian and Iraq. With guests from all over the world, including Ale Möller, Adama Cissokho, Jonas Simonson and Ahmad Al-Khatib, this quartet takes you on a vocal trip around the world. Starting outstanding with the Norwegian traditional mixed with a Greek folk tune. A very exciting blend of styles, sounds and rhythms with haunting vocals, to my opinion the best track on the album. What follows are nice, well played and passionate interpretations of global traditional pieces from Sudan, Macedonia, Greece, Haiti, Norway and beyond. All well played and attractive, but without this outstanding blend of styles of the opening track. Tetra shows their passion for music and their quality as musicians and this is an album of high quality but It also leaves me with the feeling that this band is capable of taking music to a higher level. I think that they have the quality to bring styles, sounds, musicians and traditions together and reach a kind of Synergy out of which a new, fresh original style could be created. I do hope they take the risk, challenge themselves more and more and will amaze the world with a second album full of tracks like the earlier mentioned one. They have all the potential to do so. "
© Eelco Schilder, FolkWorld

"The apparel and veils from the Middle East hung out on a clothesline on stage signal the humoristic slant. For the better part of an hour, this quartet lovingly renders Haitian lullabies, Iranian and Kurdish ballads, and Danish folk tunes – keeping them grounded but pulsating with passion. Brilliant!"
Norrbottenskuriren